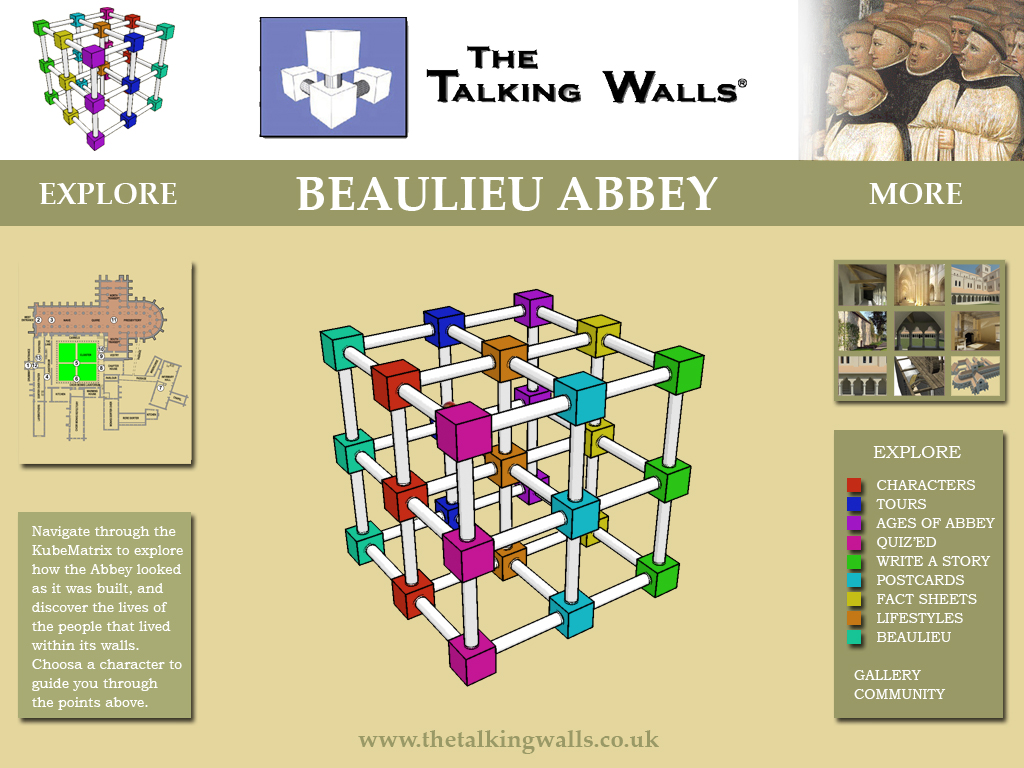 The archives found on this site are to show the development of the Talking Walls concept ‘Dunster Castle’, initiated during my final degree project in 1995-6 (Computer Animation and Illustration). The idea was further developed studying a Masters degree (Interactive Production) in 2001-3. The resulting prototype won an award ‘Highly Commended for Commercial Viability’ at the Innoventions 2004 exhibition.

The project was developed with Micro Project funding (SEEDA) for Beaulieu Abbey, Hampshire to be installed on its own kiosk in the Abbey museum. The application is now available online and forms the practical element for my current PhD study ‘Curator, Designer and Visitor Interaction in Cultural Heritage Interpretation Design’ at the University of Winchester.

The posts will attempt to show the considerations and reflections in the design and the development of the concept for heritage interpretation in chronological order.